The Louisiana Coast of the Gulf of Mexico is world known for its tremendous variety of saltwater fish. With extreme heat in the summer, and mild winters, you might wonder when the best time is to go fishing? That’s an easy answer, whenever you get the time! It is guaranteed the fish are biting. 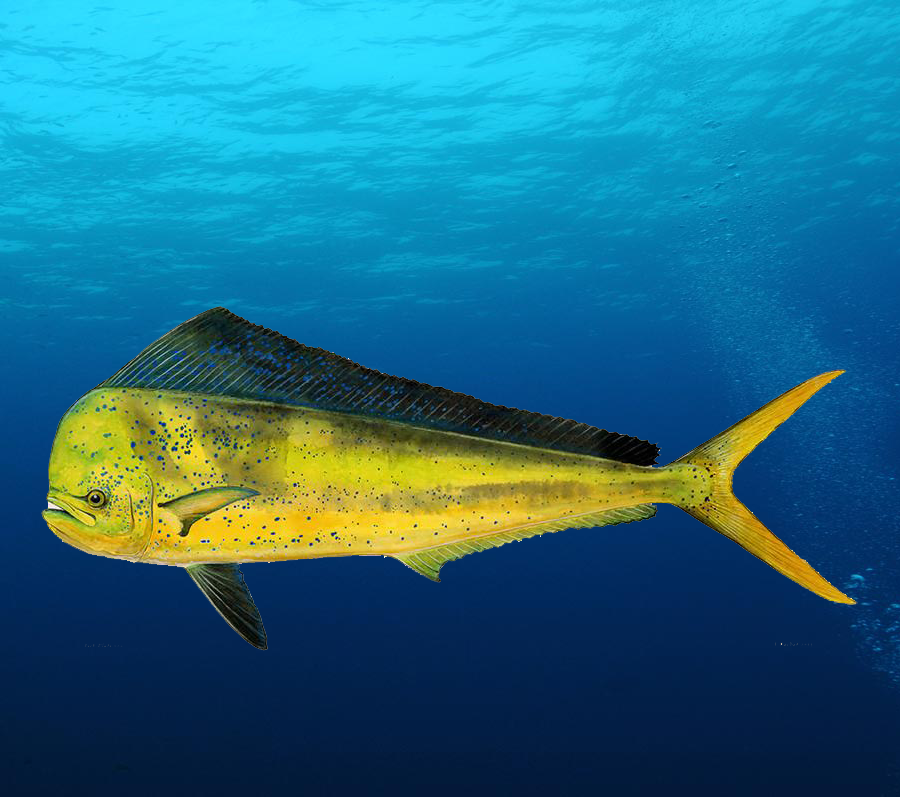 Even though the waters offer such a variety, it’s the Yellow Fin Tuna that seems to get the most attention. You can go on this journey year-round.

There’s something that Louisiana can offer fish and fishermen, that not many places can. The weirdest part is nobody is responsible, it just happens. I’m pretty sure when oil and gas production platforms and underwater support structures for offshore oil rigs were designed, they did not intend for it to become the the fish magnets that they are. 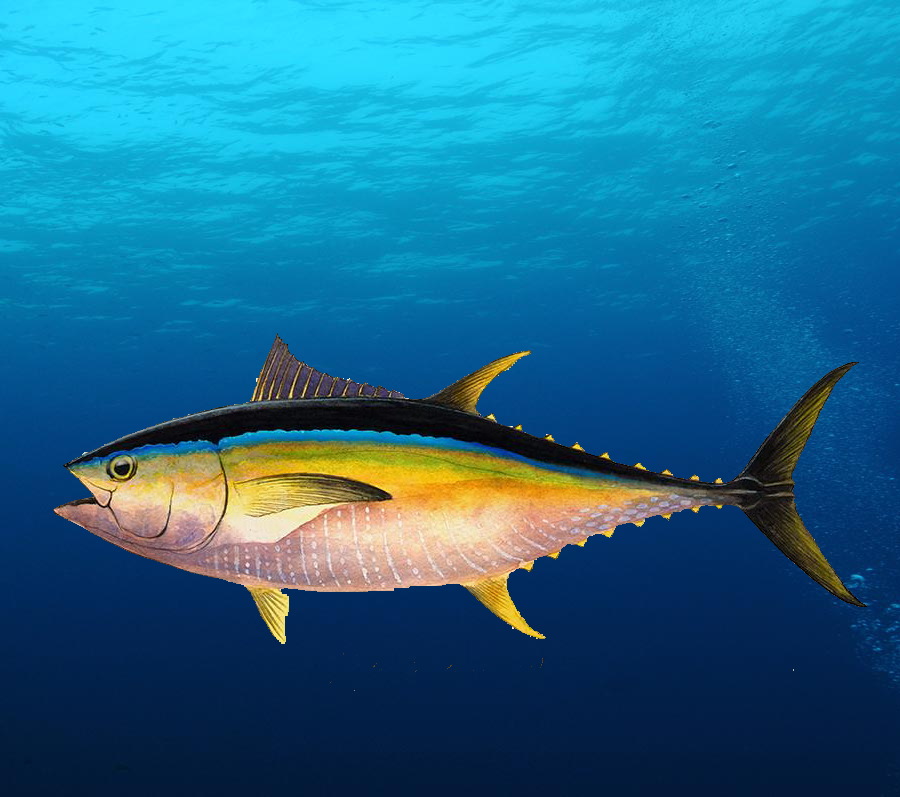 The Yellow Fin Tuna can reach 7 ft. long and weigh up to 400 lbs. Don’t let size fool you, they’re one of the open ocean’s strongest and fastest fish. So, they’re not sitting down there waiting for your hook – instead, they’ll run from it. That’s correct, until nightfall. When the lights from the rig come on, it sends a beam of bright vapor light to the water’s surface. So, these lights attract baitfish.

The tuna have no problem satisfying their hunger. Once they’re busy chasing the baitfish, they’re certainly not noticing you throw your line in. Before they know it, the baitfish are gone and they’re the meal. It’s not a trick, you just simply outsmarted the fish. Considering the size of the fish’s brain, that’s not hard to do.

You’re gonna want to bait your hook with squid, anchovies or sardines. Check with your local fish and game administration, or your boat’s charter Captain, on catch limits.

Anybody can go to the oil rigs with heavy tackle and bring in their weight limit real quick. It takes more skill and is so much fun to bring in a big fish with light tackle. People have changed and seem to want more fun. They truly enjoy the fight that fish give. Just wait for those rods to bend and listen for that drag to scream.

When you hook a. big fish, try to keep it from rubbing against the rig and breaking your line. If you need to move the boat to the open water, slowly move it.

You can have a light rod, but it’s the line that is so important. Some prefer braided line, 30-50 pound abrasion-resistant strength with only about 12-pound test. Keep a heavy leader no matter what line, it’ll keep the fish hooked.

Be sure your rod can take the abuse these big fish will give it. When you go to the oil rigs and throw out, you never know what you’ll catch.

Mangrove Snappers are fairly common From 20 to 450 feet deep. They love structures under the rigs and are well known for stealing your bait. They want live croakers, cut pogies, squid, finger mullets, sardines or cocahoe minnows. Don’t let them fool you though, they are line-shy. A fluorocarbon leader is almost a necessity.

Once you hook on, be sure you are grounded in the boat, as these big fish can jerk you out. Being in federal waters, you can catch all the redfish you want, the sad part is you can’t keep any of them. Big redfish spawn there between August and October. They produce the redfish that swim in the inshore estuaries. The females start breeding around three years old and the male between one and three years old. The female can live for over 36 years. 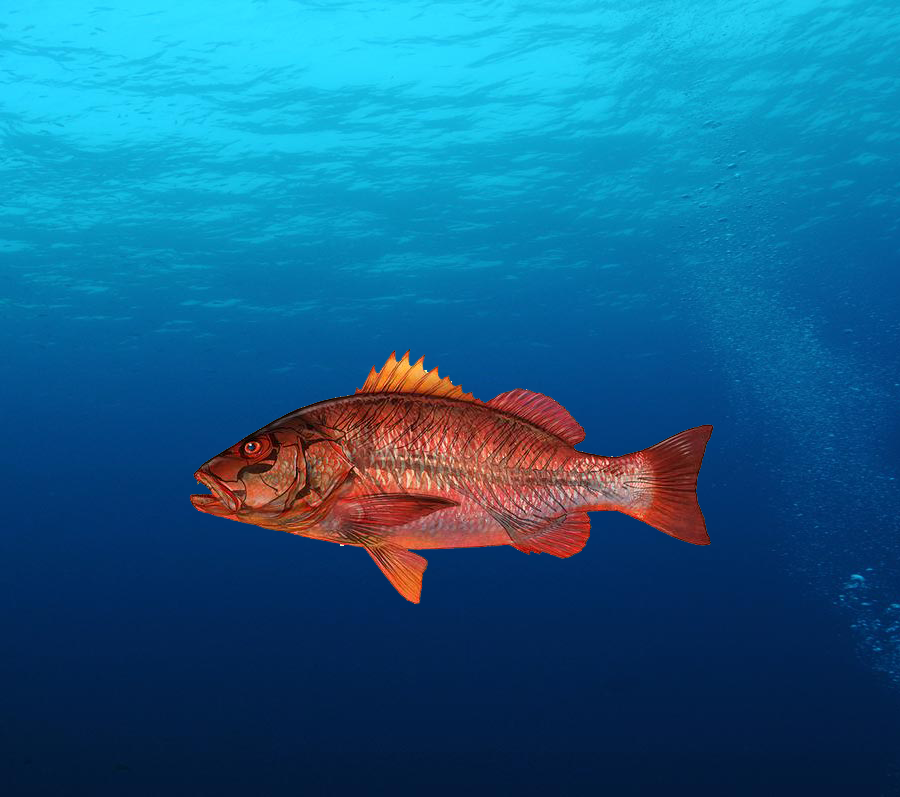 Jack Crevalles put on some fast, powerful runs and shocking power. They never get tired and are all over the gulf, deep or shallow. They absolutely love to attack baitfish schools.

Anybody would be impressed with the muscle and speed given in the fight with a bonito. They are small cousins of the tuna, and every bit as feisty – and tasty. They love the baitfish at the oil rigs though, they will remind you of Piranhas. Just throw out crankbaits, jigs or shiny spoons and watch them demolish your line.

Anglers use lightweight tackle to increase the difficulty in catching a big fish, and while the fish might break the line, it’s all for the fun of the sport. To catch your next trophy mount from the Gulf of Mexico, contact an experienced offshore fishing charter captain today.